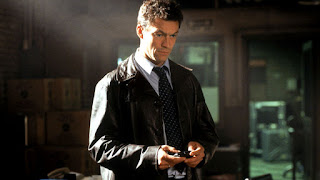 British TV is crap. There is no denying this with every channel hosting banal, lightweight, reality TV based programmes, unimaginative game shows, (Hole In The Wall, anyone?) and soul sucking soap operas. As a viewer searching for programmes of substance, like a Lion searching for prey across the sun baked Serengeti, I am starved. Imagine my delight when I heard that BBC 2 had bought up the rights to show the critically acclaimed crime series The Wire. Overjoyed and anxious I then discovered to my horror that BBC 2 will be airing the entire five seasons of The Wire, with an episode a night, at the prime time of 11.20pm. Who the f**k is going to stay up every week night to watch each episode at that time, unless you have some fancy-dan technological recording device. British TV has arsed about for over four years to air this brilliant series and now they have it, they shaft everyone by giving it a wholly unreasonable time to show it. Well done British telly, well done.
Posted by Society Red at 05:14 No comments:

Scotland had their arses handed to them on Saturday evening against Holland during a World Cup qualifier and I find myself in all too familiar territory. That's why I've decided to give up watching my home country perform in televised sports. I can't endure anymore of the mediocrity and pain which comes from hoping, beyond all hope, that maybe, just maybe Scotland can win, not even win just hold out for a draw, a single point which may, or may not, secure a place in the tournament, competition, qualifying round or championship, after some long winded mathematics. But it never happens because what does happen is...well, nothing. Yes, they may pull off the odd shocker against France (footy), or England, (rugger), but it still never amounts to anything. I've been cheering on my home country since I was wearing short trousers and I've yet to think of any major wins, (except for the Grand Slam in 1990), which has left me feeling satisfied as a sports fan.
Watching the game on Saturday night I didn't feel any butterflies of excitement, didn't feel the need to chew my nails down to the quick. I just sat there and watched the whole sorry story unfold like some sort of stereotypical and all to obvious script. We are worse than ever as a sporting nation in both football and rugby and my memories these days of watching my home country compete, comprise of a horrific slide show/montage of near misses, fumbles, mistakes and howlers. It's just not fun anymore, it's boring and uninspiring.
Some over-fed and over-paid sporting journalists are so arrogant that they will be calling for manager Goerge Burley's head if Scotland don't beat Iceland, Norway and Macedonia, the so-called "minnows" of our group, those countries which play football on a lower level than us. I personally don't rate Burley but for Christ's sake those journalists have really short memories.

Where The Wild Things Are Trailer

Finally, finally, finally there is now a full length trailer online for Spike Jonze's new film Where The Wild Things Are. I had this book as a kid and although I don't really remember much about the plot, I do recall it was a firm favourite throughout my childhood and I used to dream about owning a jump suit just like Max's.

"Why Does Steam Come Out Of My Vagina?" 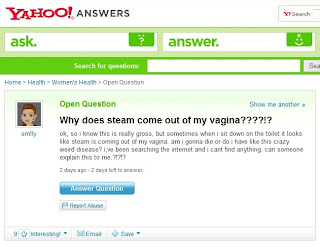 Obviously I'm not the one asking this medical conundrum it is in fact an actual query found on Yahoo Answers. Some young lady who was concerned at the sight of steam emitting from her bajingo while she was on the throne decided to detail her predicament, not to her local doctor or close girlfriends, but instead to the entire global online community. Of course there are no prizes for guessing what happened next. You can read all of the responses HERE.
Posted by Society Red at 10:03 No comments:

The reggae superstar, (Give Me Hope Joanna, I Don't Want To Dance), is 61 today and here's one of his greatest hits to get you through today. I remember first hearing Electric Avenue when I was a wee boy running around in short trousers and everytime I hear it now, it reminds me of care-free summers, sunburnt arms and necks and riding about the streets on my BMX. Good times, good times.

The Most Offensive/Funniest Thing You'll See This Week

Ok I'm ashamed to admit it but this video below made me laugh. Obviously it won't be to everyone's taste as it lampoons the whole Josef Fritzl, (Austrian pervert who kept his daughter in a dungeon), scandal. But hey, if you can't find any humour in these things, then life would be one big downer. Besides it's in claymation. Score! 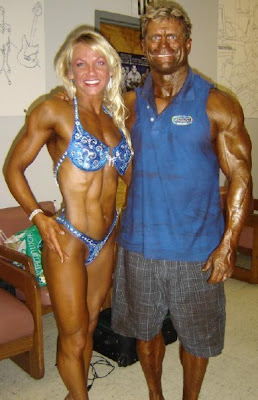 Obviously he found a way to use up the last of the Creosote.
Posted by Society Red at 12:31 No comments: