Abysses Is Plural For Abyss 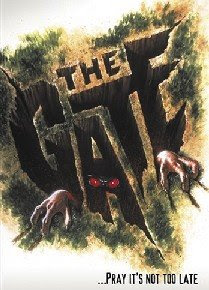 Way back when things were a lot less strenuous and complicated, I was a wee boy running around in my Transformers t-shirt and grass stained jeans. I cared not a jot and lived every day without worry or fear. The only three things I was frightened of back then were Great White Sharks, Malky "psycho eyes, McMasters and large holes in the ground. Now, I'm not talking about holes which were made by diggers or ones I had dug myself, I'm talking about deep chasms, bottomless craters and never ending abysses, (that's actually the correct plural for abyss, so don't leave any comments calling me a mong).
These types of holes made me feel very uneasy and would leave me with an overwhelming sense of panic. I was fearful for what lay at the bottom of these chasms, they might be lairs for demons, large horrific monsters, or just one massive, over-sized tentacle. My biggest fear was that the hole would just keep widening and the earth around it's perimeter would continue to crumble into it, until the hole itself had engulfed the entire planet.
There was a reason for my fear back then and surprisingly enough it wasn't connected to chronic drug abuse or an abnormal addiction to sherbet or slush puppies, it stemmed from a low budget horror movie made in 1987 called The Gate.

The Gate tells the story of three young American kids who bury their dead dog in a large hole in their suburban back garden, a hole which has mysteriously appeared following the removal of an old tree. After their pet's burial lots of strange, horrific things start to happen, all of them centred around the hole in the garden. (Yes, that's a very young Stephen Dorff with a red jacket in the trailer).
Needless to say I soiled myself when I first watched this. I'm not good with horror movies and I'm a hysterical mess with horror movies about deep, mysterious holes. So you can imagine how tight my sphincter muscles moved when I read about Hollywood re-making this movie. Apparently Alex Winter, (he of Bill and Ted fame), will direct, with Stephen Dorff rumoured to reprise his role as Glen and the whole movie will be in shot in glorious 3D. I'll probably go see it for the nostalgia aspect alone, but there's no guarantee I won't end up autographing my own gusset.
Posted by Society Red at 06:20